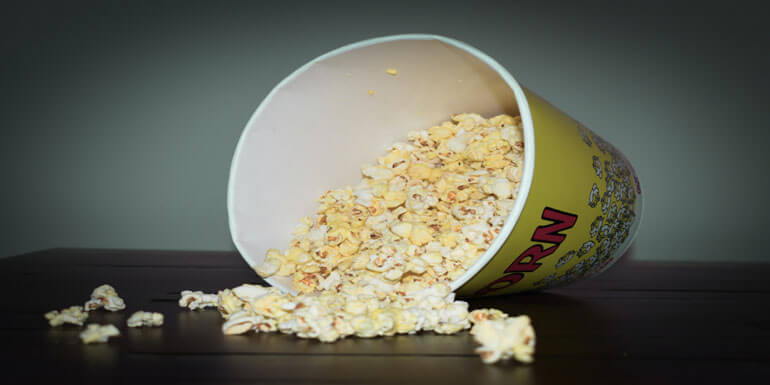 Popcorn is a tasty and healthy snack, often associated with movies or Netflix at home. We all like to prepare our popcorns differently on a pot, oven, etc. But have you ever tried making popcorns on a wok? There are things you will never know are possible until given a trial. With just the right procedure and recipe, popping the kernels on a wok is an easy task. You do not require a professional to tell you that. The next time you people are sleeping over, try making popcorns with a wok with this method.

You might be wondering how deep-frying cookware gets to make crunch popcorns. It’s all in the cooking technique, heat balancing, and having it done the right way. The best wok to use for popcorns should be the flat bottomed one. It will give you easier cooking compared to the round-bottomed wok.

Not all come with lids, and making popcorns without something to cover it up is disastrous. Having popcorns pop and fall to the ground is wastage and gives you an additional cleaning job after that.

Before anything, have a fitting lid on the wok. If the one you got comes with a lid, it’s good. If not, purchasing one is essential. Be sure to get something large enough to cover it without overlapping.

Set the heat to medium, and then add two tablespoons of your favorite vegetable oil. Give the oil some time to heat up and ready to cook. To test if it’s the right temperature, throw in one, two, or three kernels inside the wok and watch the reaction.

You do not necessarily need a cooking thermometer to check the hotness of the temperature. If the few pieces of popcorns start to pop, you know the oil is ready for the rest of the popcorns. Remove the testing popcorns if they all popped and add the rest of the kernels. You may want as many kernels as possible to pop.

Add more kernels to the wok 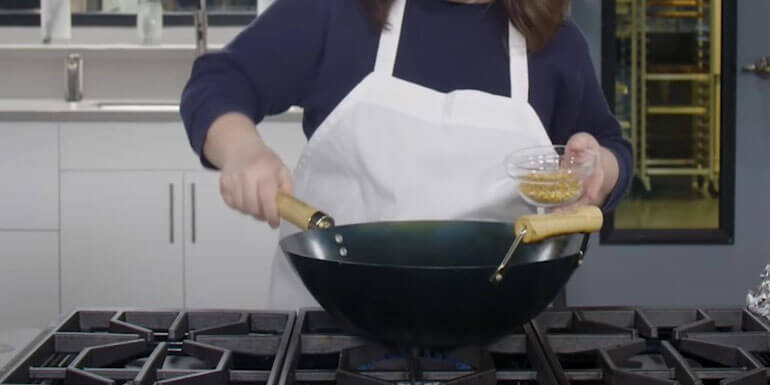 Add kernels to the wok and cover it with a lid. Never pop on high heat to speed up the cooking process; the popcorns will just get burnt instead. You might also end up with many unpropped kernels. A medium heat should be enough to give you the desired temperatures for popping without burning. Spread them evenly on the wok and let cook. You should start to hear some popping sound from inside the wok to confirm the kernels are getting ready. Shake the wok for the kernels to have a good coating of the oil.

Cover and let the popping begin 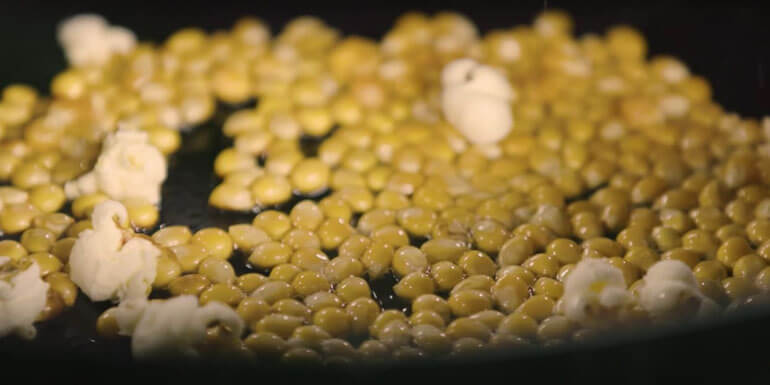 Cover the wok while maintaining a medium heat. Release the steam once in a while by slightly opening the lid. Open it so that no popped kernels jump out of the wok but only the moisture. When the popcorns stay free from moisture while making them, you end up with crunchy results.

Steam can also reduce the popping capabilities of the kernels as dry one’s pop faster. Doing this gives you crispy popcorn just like the one you get to eat at the movies. Give the kernels a few minutes until the popping slows down, or there isn’t any at all.

Remove the wok from the stove and set it aside

Wait for a few seconds to allow the remaining kernels, if there is any, to finish popping. In case you are using a carbon steel wok to make the popcorns, you need to know that it retains heat for a while when taken out of the stove. Even with a turned-off burner, you can have some cooking going on for a few seconds or so. 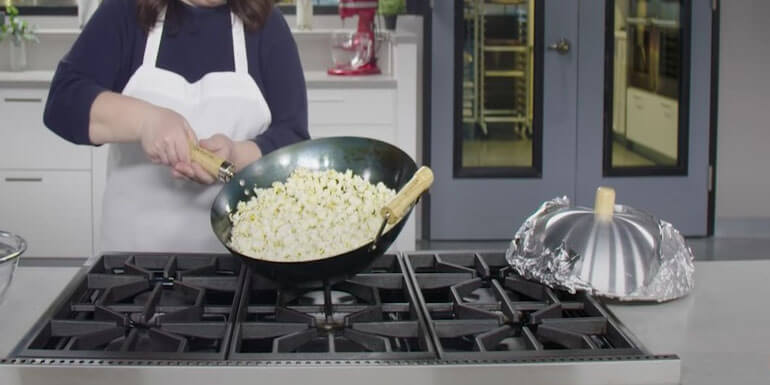 Transfer the ready to eat popcorns to a large bowl. If you do a great job on the steps above, you will realize that the entire kernels popped out; you will be left with burnt-free popcorns to serve. It saves time in having to re-do the same process for the left-out kernels.

However, if you have some remaining and still calling for re-popping, leave them on the wok and put them back with a little oil on them to speed up the process. Never forget to cover the wok while popping any kernels as they jump out of the cooking pot.

Once you have all the popcorns ready and transferred to a bowl, sprinkle with salt as per your desired taste. Some people like their popcorns with enough salt while others prefer little salt to taste. Toss them on the bowl to get an even distribution of the salt seasoning.

Adding toppings to the popcorns 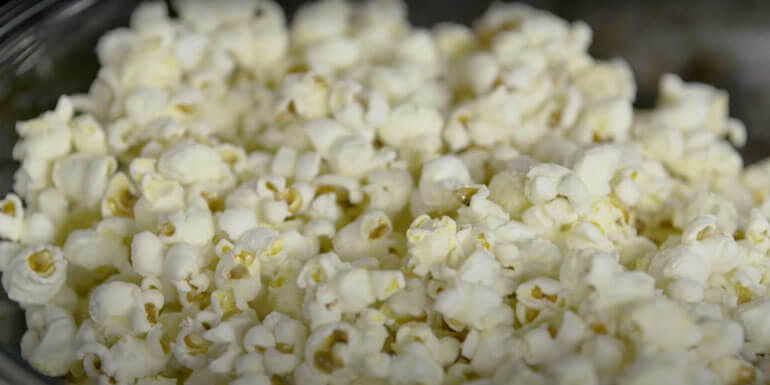 Place back the wok over medium heat and add one to two tablespoons of butter and allow it to melt. Add brown sugar and a few drops of corn syrup. Gently stir with a non-metallic spoon or spatula for 6-8 minutes until creamy thick and allow to it to simmer. It should give you a nice caramel when done stirring. Turn off the stove and transfer the mixture to the bowl of popcorns.

Pour the caramel into the popcorns and quickly stir everything for the popcorns to get a nice coating. Caramel thickens when cooling down; that’s why it’s important to be quick if you want an even coating.

Allow the popcorn to cool down by spreading it on a flat surface. A tray or a baking sheet will work best. In a few seconds, your popcorns will be ready for serving and entertaining your guests or if you wish to store it for later use.

Read more : How to Make Fried Rice in A Wok

Regular popcorns might seem super boring to eat, especially to people with a sweet tooth. Normally, people would find it ideal for adding only salt and butter when they want to go a little extra. Going extra doesn’t hurt, but what about going extra without going overboard with your popcorns. A wok is a versatile cooking pot. Do not limit it to frying, smoking, or steaming only.