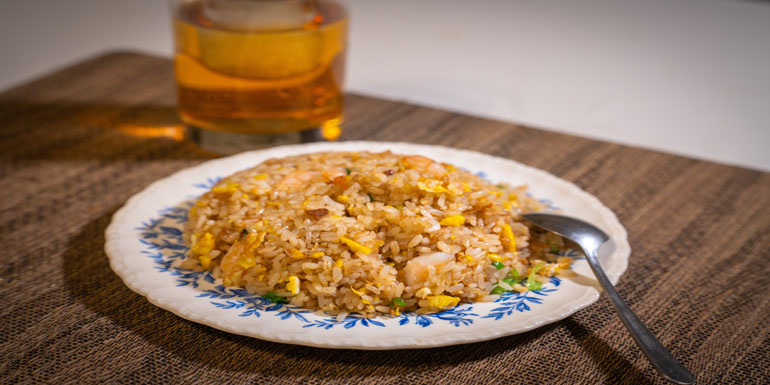 Fried rice is a type of food that is created by frying cooked rice. It is normally a type of rice that is mixed with many other ingredients like meat, vegetables, eggs, or with other items. Normally it is cooked in wok pan or in frying pan but it can also be cooked in other types of pans.

How to Cook fried Rice in 10 Minutes?

Make fried Rice without a wok

But if someone wish to cook in some other types of dishes then he has to select such kind of dishes which is large and straight sided and also which will help to make the rice crave-able and crunchy moreover the dish should also be like which saves time and the dish have to be such kind which will make the rice both soft and lightly tasted.

The cook himself also has to notice that whether the dish keeps the rice distinct or not. In a nutshell, such dishes have to be selected which will keep balance in the predispositions of the rice.

Although other dishes can be used but there’s a tiny problem that some rice can be sticked to the bottom because of not being the pan non-stick.

Can you fry rice after boiling it? 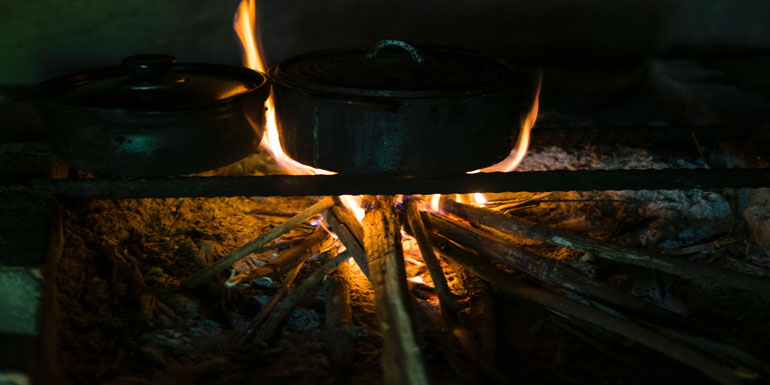 Because if fresh or hot rice is used for preparing fried rice it make the rice soggy. On the other hand if previously prepared rice is used, which means if boiled rice is used, then it helps to cook the rice more quickly than the uncooked rice. But in using the boiled rice one have to keep in kind one thing, that is he should cool the rice before using it to prevent clumping.

Why is my fried rice so sticky? 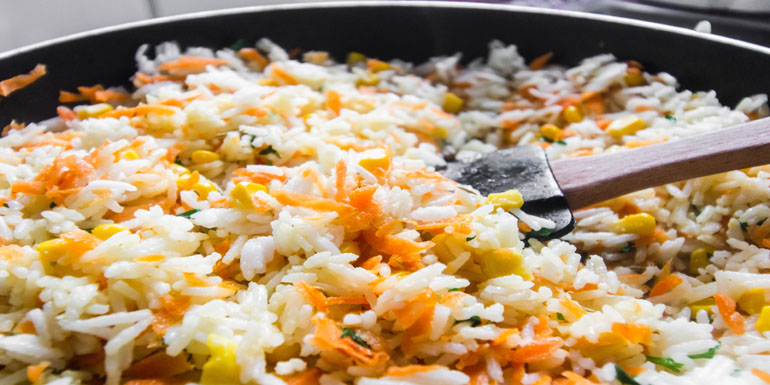 The basic nature of fried rice is that it should be crunchy. When the rice is crunchy it is more delicious than when it’s soggy. But because of not following some important tricks, the rice losses it’s crunchy nature and become soggy. As previously described when hot rice is used for making fried rice instead of cold rice, the rice become soggy, mushy, and sticky.

Some other reasons also make the rice soggy and sticky like:-

Fried rice can be cooked properly when a larger dish is used. If a small dish is used, where the ingredients overlapped each other then the rice will be soggy. Moreover, a nonstick dish is not appropriate for frying fried rice. A pan that helps to boil all the ingredients properly should be used. Though a wok pan is not mandatory, but it helps to fry properly without being soggy.

So, one can use wok pan for frying properly. Moreover, one can also use other types of dishes but the dishes should be large enough.

If fresh hot rice is used for making fried rice, it gives a soggy output of fried rice, and also the rice becomes sticky. To avoid these problems,  cold and previously cooked rice should be used. Moreover, one can use leftover rice. It will give both the crunchy flavor and also the proper use of leftover rice.

When the improper dish is used for cooking fried rice, like the dish is not large enough and the ingredients are too much rather than its size, then the ingredients will not get hot properly. Which will clump the rice together. As a result, the rice will be soggy and sticky.

4. Pouring all the ingredients at a time:-

5. Dampness of the ingredients:-

If the used ingredients are too moistured or the rice that has been used is overcooked, the texture can be sticky.

So, if you want to cook crunchy fried rice, then you have to keep in mind the above factors.